Seattle as a Unit: My YTILI Journey in Seattle

I guess most of you already know what YTILI is. What I want to try to show you is how it FEELS. I doubt this blog post will manage to cover all of my YTILI experience, but I will try to begin here and see where it leads us. Fasten your seatbelts and let’s ride.

To prepare for my US experience within the YTILI fellowship, I had to sit down and really think about my goals for the trip as an entrepreneur, as a CEO of a tech startup from an emerging startup ecosystem, and simply as a guy co-representing my country among 40+ fellows from all over Europe. There were so many things I wanted to achieve and so little time on the ground it seemed. The opening summit in Lisbon set the bar quite high for the fellowship because I met some amazing people there! We had some great sessions with mentors and YTILI staff in Lisbon, including pitching training, networking, brainstorming, and planning sessions for our US experience and of course an awesome dinner! 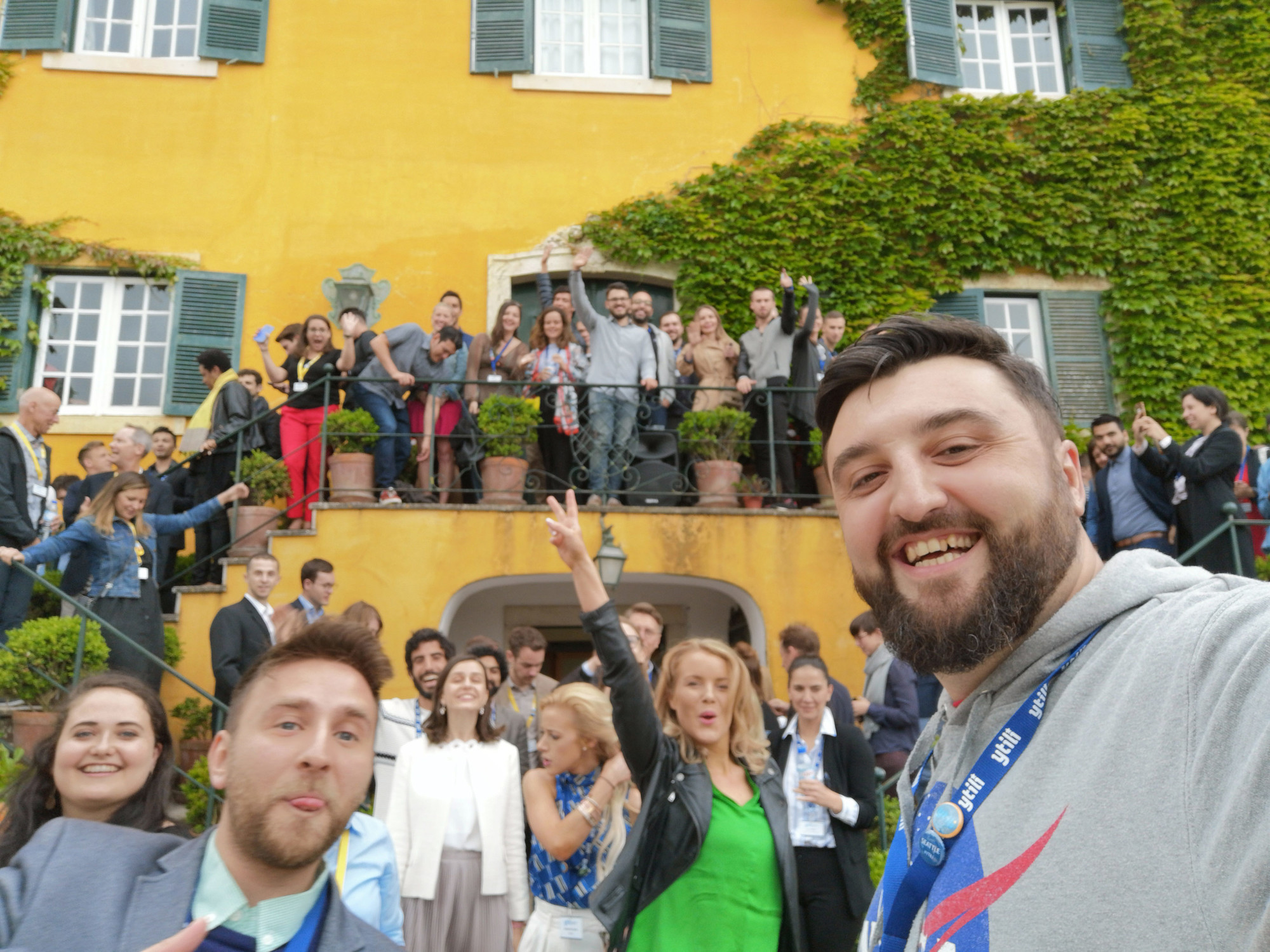 But that was just a sneak peek into what would have transpired four months later. I tried to keep my mind fresh and not have too many expectations. I kept my head down and started researching the city I was placed in, while YTILI staff organized regular webinars to prep us for the US experience. It was a hot summer for my venture, VRex Immersive, so attending webinars, researching, and planning the experience was quite a challenge but nonetheless rewarding.

Seattle was the city selected for me along with nine other entrepreneurs. Surprisingly I hadn’t known much about Seattle apart from the fact Microsoft and Amazon are there and Space Needle images I had seen in many movies and games. Finding people to meet in Seattle, connecting to them, and asking for a meeting was no walk in the park either, so quite honestly by the time I had to leave for Seattle, I only had a few leads and a few appointments set. I knew I didn’t have much time on the ground so I would have to figure out something on the spot. 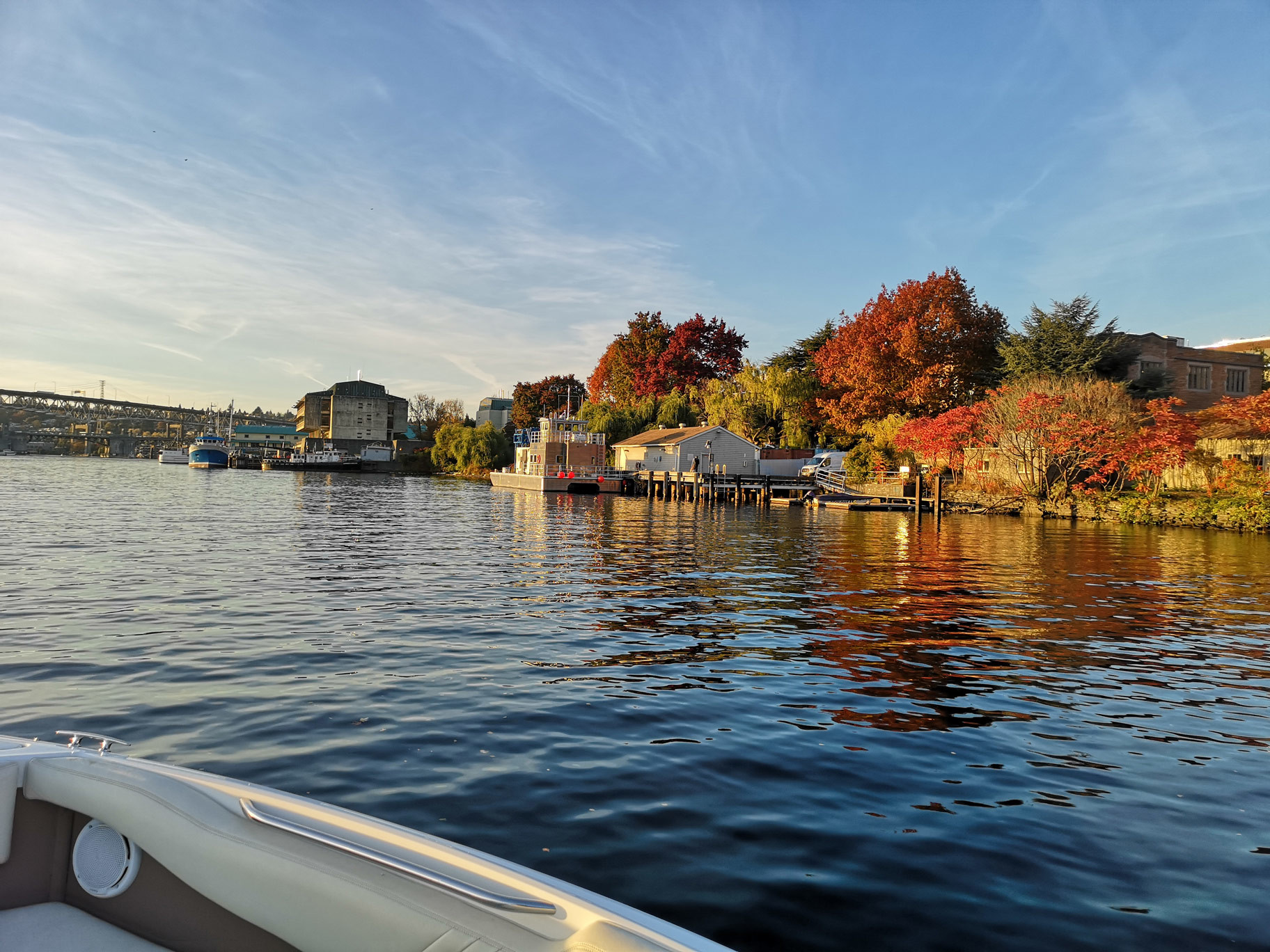 A day and a half, three flights, and more than 15 hours in the air later I touched down in Seattle-Tacoma Airport on October 14. The other Seattle fellows had already arrived at our houses and were settling in (by the way, big thank you to YTILI for arranging our accommodation together. This played a major role in the following events as you will see).

Andrea, a fellow from Cyprus arrived around the same time so we met up and decided to go home together. A short Lyft ride later Andrea and I arrived at the place and found fellows waiting for us with a very delicious dinner! Right that second, my thought was “man, this is the proper way to start this trip!” However, we were very tired and had to go to sleep pretty soon. We all knew things would get very busy the next day. 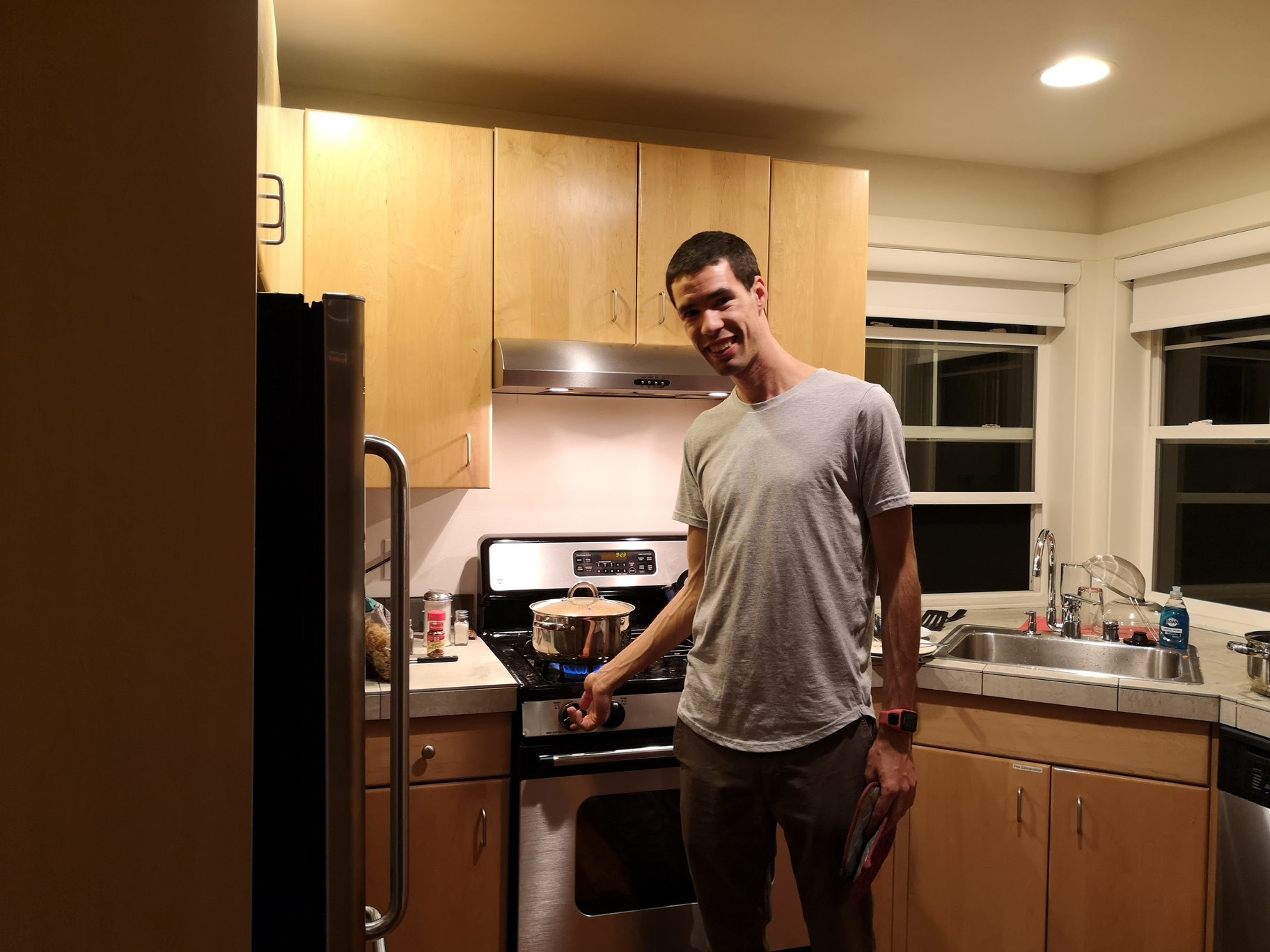 The schedule of the fellowship consisted of a mixture of group meetings with mentors, ecosystem activities, cultural activities. Every day, we had different “home base” office spaces scattered around downtown Seattle. The first home base was Columbia Tower (75th floor), where we got to see a birds-eye view of this amazing city! Later we had a meeting with some local ecosystem players and contacts we could link up with. At this point, fellows were still getting used to the flow of the city and each other.

The first day of our Seattle experience had officially begun and we started scattering around downtown catching our individual appointments. After the first round of meetings we reconnected, had lunch, had some more meetings and somehow by the end of the day, after spending it on and off together we… clicked! I don’t know if it was Seattle, our mentors, YTILI planning and “matchmaking” skills, or a little bit of everything but I felt like I had known these people for years. That was just the first day! And the day was not even over yet. As a glorious ending of the day, Mario (from Portugal) offered to cook and made an amazing Portuguese fish stew for us. A delicious meal and an awesome group of people at the table: this is a recipe for a perfect evening. 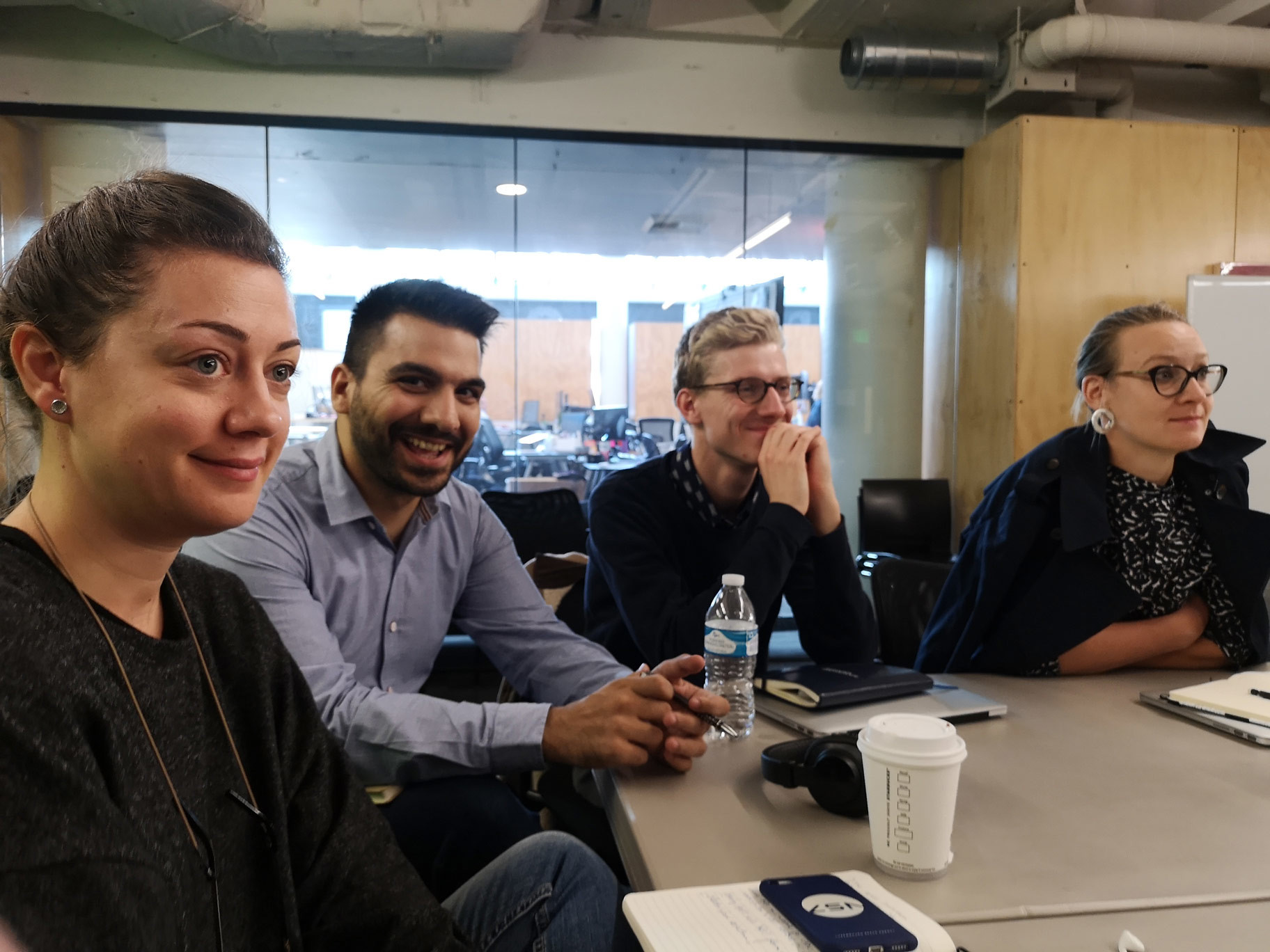 This evening set the tone for the rest of our time in the US. We started working together on our goals, spending every evening together at one of the houses talking about each other’s ventures, countries and exchanging views. Most of all, we just enjoyed our time together and had loads of fun, from exploring the city together to spending all evening playing the “exploding kittens” card game. Every individual in the group had their own, unique perspective, personality, and very interesting life story. By day three we were all living like a family. We were helping each other with contacts and appointments, giving each other advice. It was mind-blowing if you thought about it: I had only known them for several months and had spent only several days with them!

And mentors! They were awesome in their own ways, but I personally connected with Lowell Ricklefs the most. He was just so friendly, helpful, and no-nonsense kind of guy that it made me respect him from day one (even before Seattle, during the Lisbon summit). Lowell made sure we felt welcomed in Seattle and our time there had some tangible results. From an awesome dinner at his amazing house on the Lake and mentorship sessions about sales and marketing to setting up individual meetings with us and helping us with the appointments, he did it all. He even took us on a boat ride around the lakes to see Seattle from the water, which became one of the best memories I have of Seattle.

But one meeting defined our whole experience in Seattle. Early morning of day three, we traveled to his neighborhood and had a meeting at a local Starbucks. But this wasn’t just a meeting. It was a meeting with ten angel investors, where we all had a chance to pitch in front of them… over a cup of coffee. I had never seen anything like it. The investors were kind enough to make time to meet with us and give us actual feedback. This was amazing. 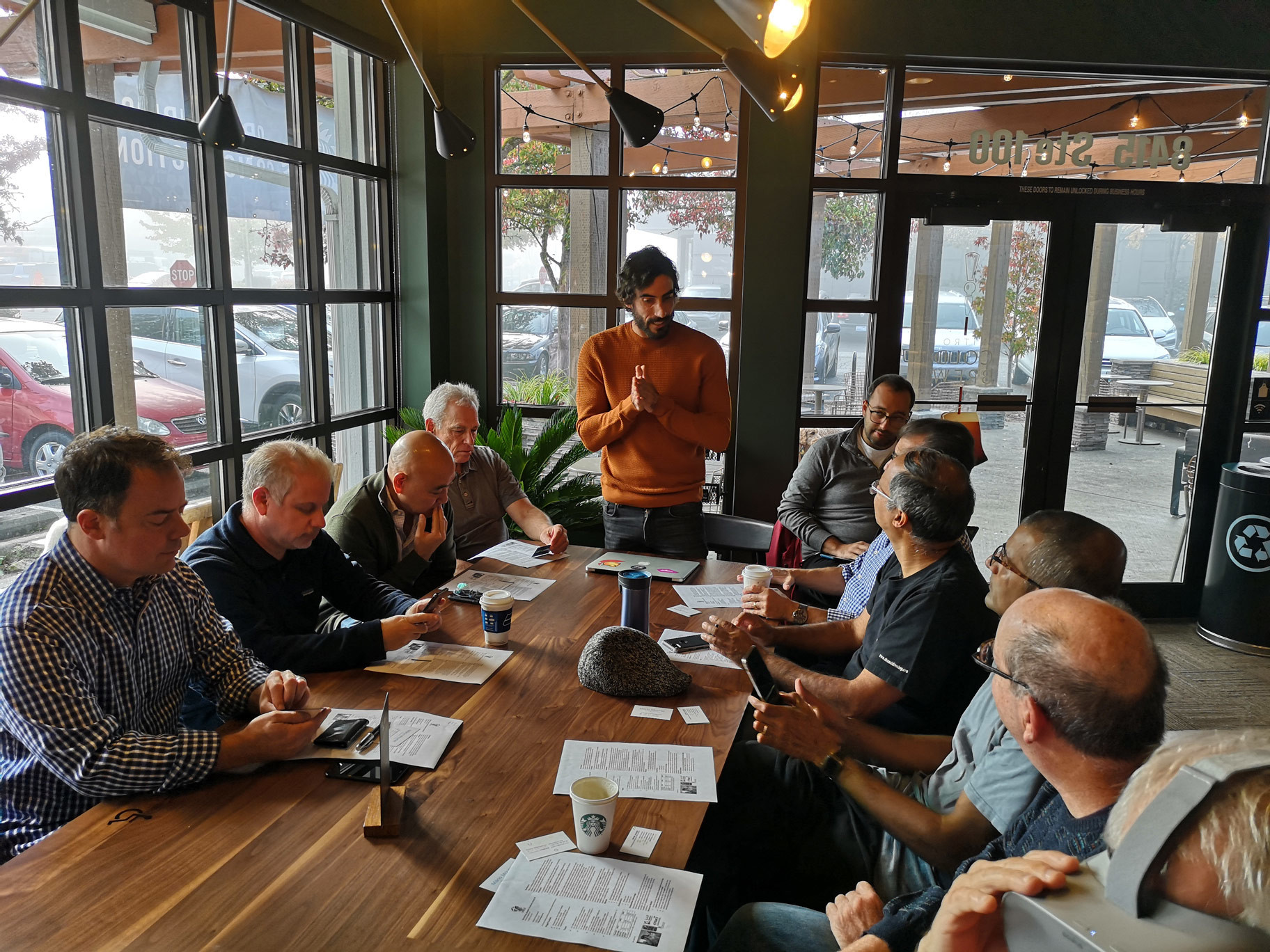 What surprised me the most in Seattle was how approachable and open people are. We had a chance to have meetings at Microsoft and Amazon, where we met people in charge of whole divisions and they were very open and helpful. We also had a chance to see the famous “Spheres” building of Amazon, which was an awesome experience. 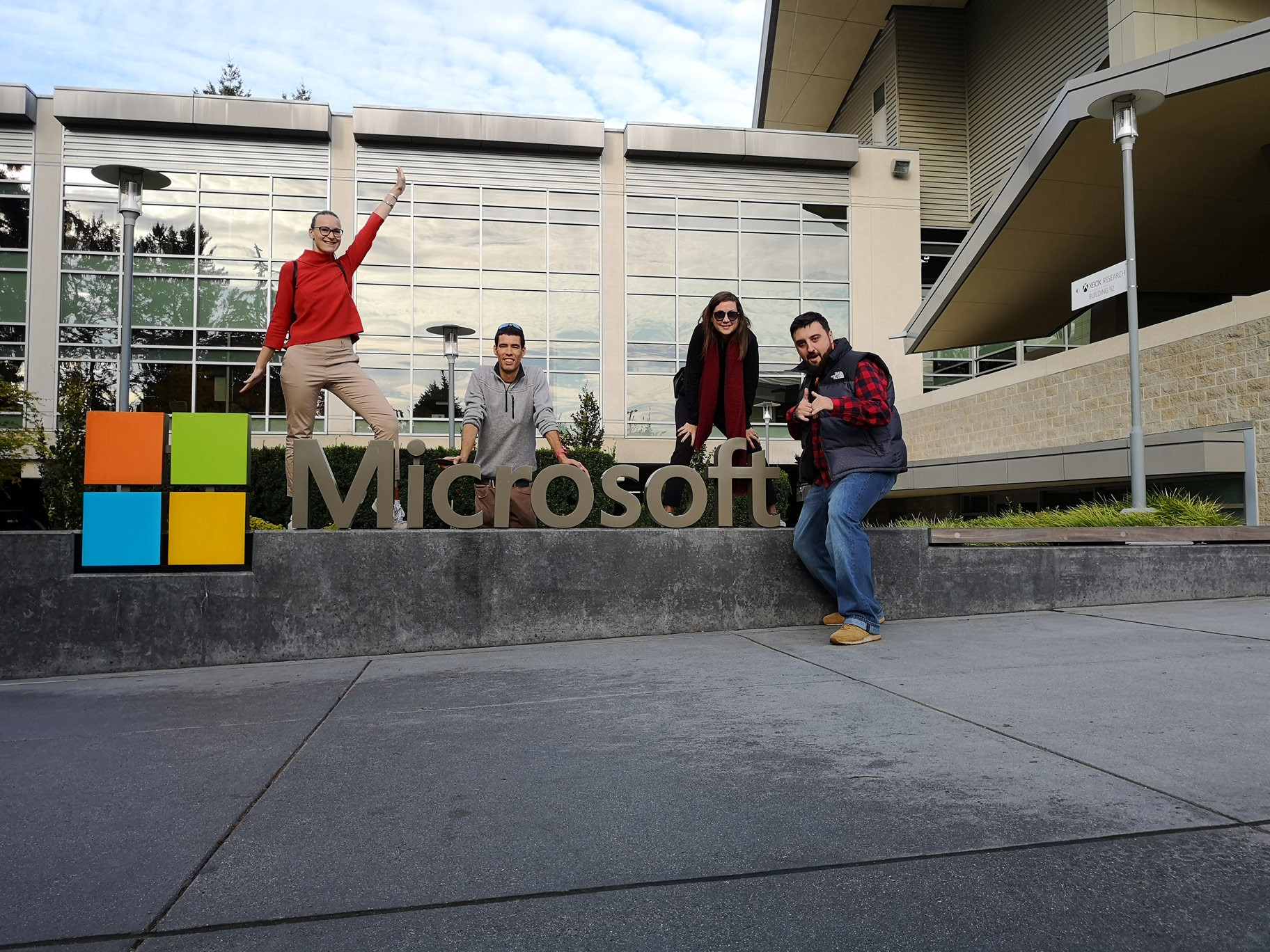 Somewhere along the way, our tight group became so close and team-like, that we moved around the city as a unit, finding our way around the ecosystem together. That’s how the “Seattle Unit” was born. We later called our group this name many times to express this spirit of unity and friendship. 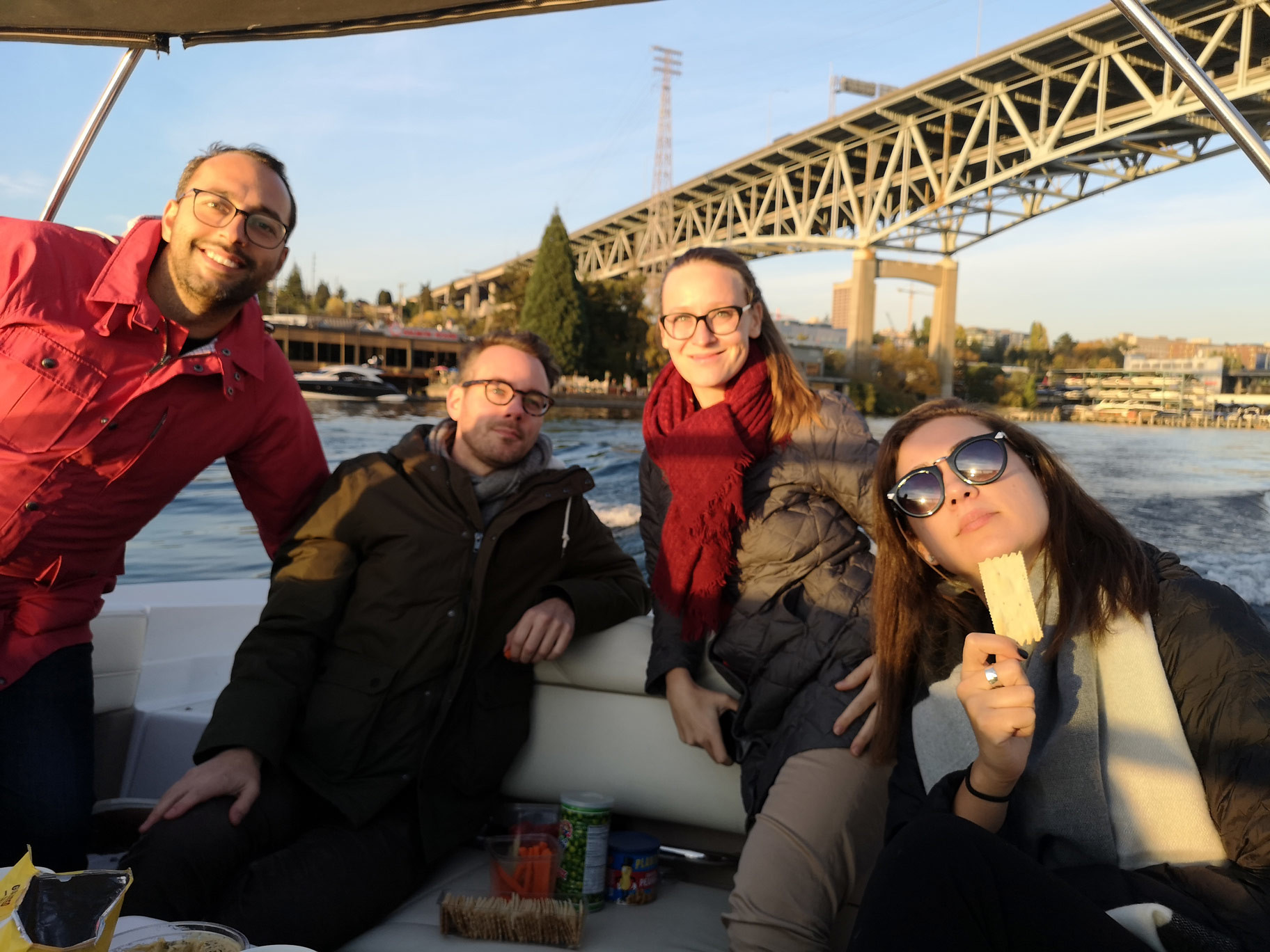 In conclusion, I will say that my time in Seattle was an affirmation that hard work can truly be A LOT OF FUN when you are around good people and open minds. We went to bed at 3 AM and got up at 7; we walked 10 miles a day and had a lot to do; we had to reiterate our pitches and prepare for the pitch day; but still, we were all feeling great. This experience will forever stay in my book of the greatest memories and amazing experiences!

The YTILI Fellowship Program is sponsored by the U.S. Department of State with funding provided by the U.S. Government and supported in its implementation by WorldChicago.

A cookie is a small text file that a website transfers to your computer to allow it to remember specific information about your session while you are connected.